Armenia and Nagorno-Karabakh, a country and an area that Anke would never have expected to fall in love with. But the beautiful scenery and the wonderful, friendly people captured her heart. The more painful it is that she will never be able to visit most parts of the Nagorno-Karabakh area again. Anke shares her story with Talk360 and explains how she visited the Art Festival in Nagorno-Karabakh, how she loved exploring this beautiful area, and how Talk360 made the first contact with one of her friends possible after the conflict in Nagorno-Karabakh in 2020.
Stories 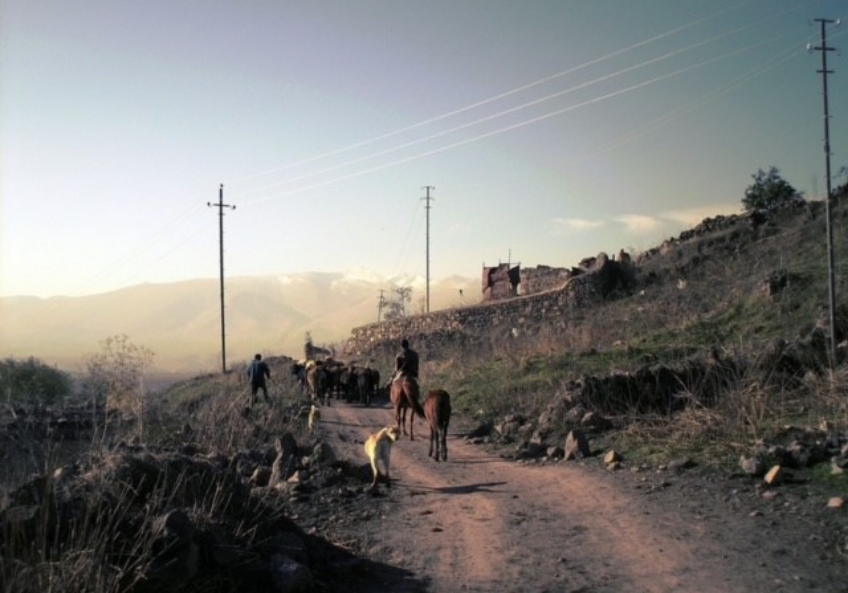 In the year of 2012, Anke Koks had a photo production company. One day during her work, she saw a photo online of beautiful scenery. She was intrigued right away. It turned out that the photo was taken in Armenia. Anke explains: “I told the photographer of the photo that the country looked amazing and that I wanted to visit Armenia one day. The photographer then asked me to come to Armenia that year and visit the Shushi Art festival in Nagorno-Karabakh. I thought about it for a while, and I decided to go. That was the start of many wonderful trips.”

Anke went to the festival, and the photographer was her guide. The airport was based in Armenia’s capital city, and it was a long ride to Nagorno-Karabakh. On the way to the festival, the photographer also showed Anke many local villages and smaller towns, and in those places, there was often no internet connection. In kilometers, it was not far to Nagorno-Karabakh, but the roads in Armenia are scary and narrow. There are many mountains and deep ravines next to the roads, so it took two, maybe three, days to get to the festival. Anke says: “The thirteen-day festival was exciting, and there were lots of different artists in painting, photography, sculpture, and more. But when you are away for a longer period of time, you also want to call home some times, and for me, Talk360 was the solution.”

“It was a wonderful feeling to hear his voice again and to know that he was safe.”

Every year Anke went back to Armenia and Nagorno-Karabakh. She would then travel the whole country independently and take another route every time. Anke explains: “It is a beautiful country and I met many wonderful people. During my travels, I always felt safe because of the friendly Armenian people, and when I was in remote and rural areas, I was happy to have the Talk360 app with me as well. If something would happen and I would, for example, fall down, I could always call a friend in Armenia to ask for help. Even if that friend did not have an internet connection.”

Nagorno-Karabakh is an area where several wars have taken place, but when Anke visited the area in 2012 and in the years after that, it was relatively peaceful. Unfortunately, in September 2020, there was another conflict in Nagorno-Karabakh. During this conflict, two of Anke her friends were killed, and two friends were severely wounded. Everyone who lived in the area had to flee and had to find shelter somewhere. Anke explains: “I heard about the conflict, and it was a terrible feeling that I did not know how they were doing. Eventually, the Talk360 app made the first contact with one of my friends in Nagorno-Karabakh possible. It was a wonderful feeling to hear his voice again and to know that he was safe. Since then, I have already called my friends in Nagorno-Karabakh many times with Talk360. Unfortunately, I will never be able to visit most of the areas in Nagorno-Karabakh anymore.”

There is a wide-ranging diaspora of around 8 million people of full or partial Armenian ancestry living outside Armenia. If those people want to get in touch with Armenian friends and family outside Yerevan, it is mostly impossible or expensive. This is because half of the population lives in the countryside where there is sometimes no internet connection, and free calling services don’t work. Anke explains: “If people who do not live in Armenia want to call someone in the countryside, they often ask me for tips. I tell them that for me, Talk360 is the best way to stay in touch with my friends in the far countryside of Armenia and, more specifically, in the Nagorno-Karabakh area. It is affordable, and you can call everyone you like; it doesn’t matter where they live. I am always happy to share the app because I hope that it will help others to stay in touch with their friends and family as well.”

Do you also have a special, beautiful or funny story that you would like to share with us? Then contact us by sending an email to info@talk360.com.